Music Review: Jim Gill sings Do Re Mi on His Toe Leg Knee

Hello, again, Jim Gill! Here is another of Jim Gill's fantastic music CDs. I've previously shared Jim Gill presents Music Play for Folks of All Stripes and Jim Gill Makes It Noisy in Boise, Idaho. As with his previous albums, "Do Re Mi" offers a lot of great music for storytime or general listening. I italicized and bolded the tracks I have used during storytime. I italicized additional tracks that I like and added my thoughts and notes. 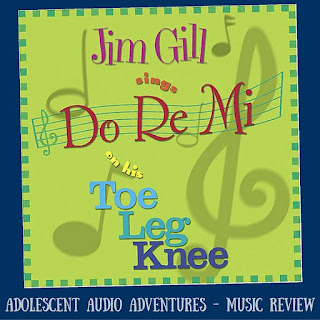 The paper insert for the CD case included lyrics, credits, and thanks. There are two songs that do no include written lyrics: "San Francisco" and "My Bonnie." There are a few notes on different actions or song extensions that you can use in your classroom, storytime, or home. Song lengths are not listed on the paper insert.