The Drop Box: How 500 Abandoned Babies, an Act of Compassion, and a Movie Changed My Life Forever by Brian Ivie


I heard about The Drop Box film from a local radio station, WEMI. They advertised it's short showing at area movie theaters: March 3-5, 2015. I also had some Facebook friends talking about going to see the movie. I was intrigued, but put it on the back burner with the thought, "It will be out on DVD soon." And now I am waiting for it to be available... 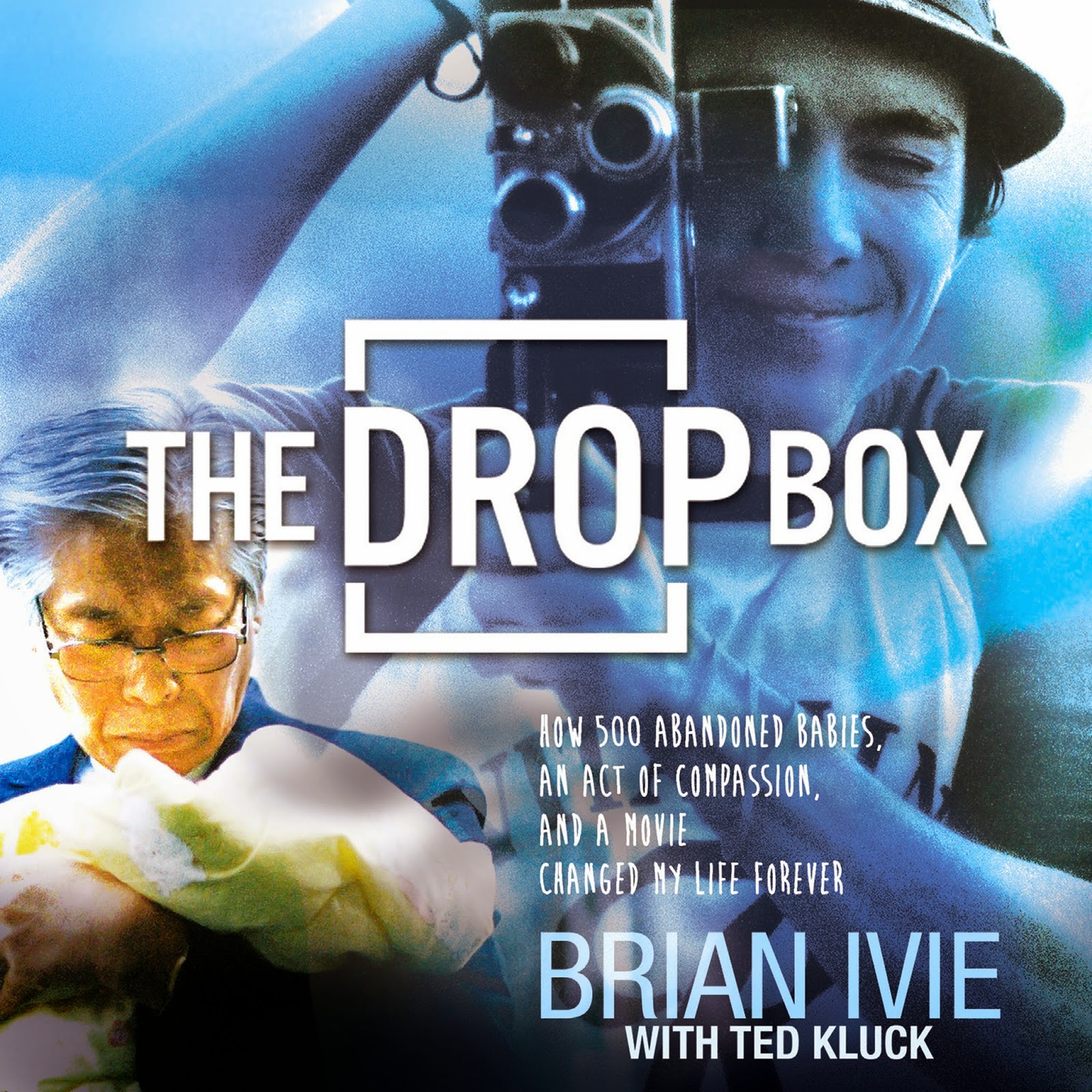 Exciting news for those who are waiting along with me, Brian Ivie (with Ted Kluck) wrote a book about his experience filming The Drop Box. It's an autobiography on how his trip to South Korea changed his life and led him to see the need for a Savior and become authentic. He writes about his childhood and his love of films. He started creating movies with his neighbors, friends, and family. Brian also watched hours and hours of movies. At the beginning of each chapter, he includes a film quote. The quotes are from a wide range of films - very impressive. I've heard and seen some of the movies he quotes, but not all of them.

The Drop Box book focuses on the journey of making The Drop Box movie, but also on Brian's life - his childhood, his films, his relationships, and his faith journey. It's a great faith story. I originally thought the book would be closer to my pledge of Read It 1st when I found out the movie also had a book, but I found it to be a companion piece to the movie. I believe readers can enjoy the book before or after viewing the film. The audience for the book is primarily adults from young adults to seniors. Brian was in college when he filmed The Drop Box.

Brandon Batchelar narrates The Drop Box book. His tenor voice suited the story very well. He sounded sincere and believable sharing someone else's story. I would listen to another recording by Batchelar. The recording was breathy. The listener can hear him take a breath during the reading, but it did not take away from the story.

My copy of the audiobook was a digital download. It downloaded in 21 parts - an image of the cover, a pdf of bonus materials, and 19 mp3 files. Eighteen of the files were the unabridged story of  The Drop Box and one audio file was a sample. Oasis Audio also shares a sample on their website. The bonus materials came on one pdf file with ten pages. The pdf shares additional material including acknowledgements, the filming crew, Kindred Image information, and notes. I thought bonus materials added to the audiobook. I always appreciate seeing the names of people (or characters) involved in stories. I'm not a good speller and if I want to share names it is difficult if I don't have the book as well as the audiobook. Thank you, Oasis Audio!

Reviewed from an Audiobook Jukebox copy. Thank you, Oasis Audio!

Additional information about The Drop Box and Brian Ivie can be found here ...