The American Library Association hosted the Youth Media Awards on Monday, February 2, 2015. During the awards ceremony the Odyssey Award is given to the "the producer of the best audiobook produced for children and/or young adults, available in English in the United States." 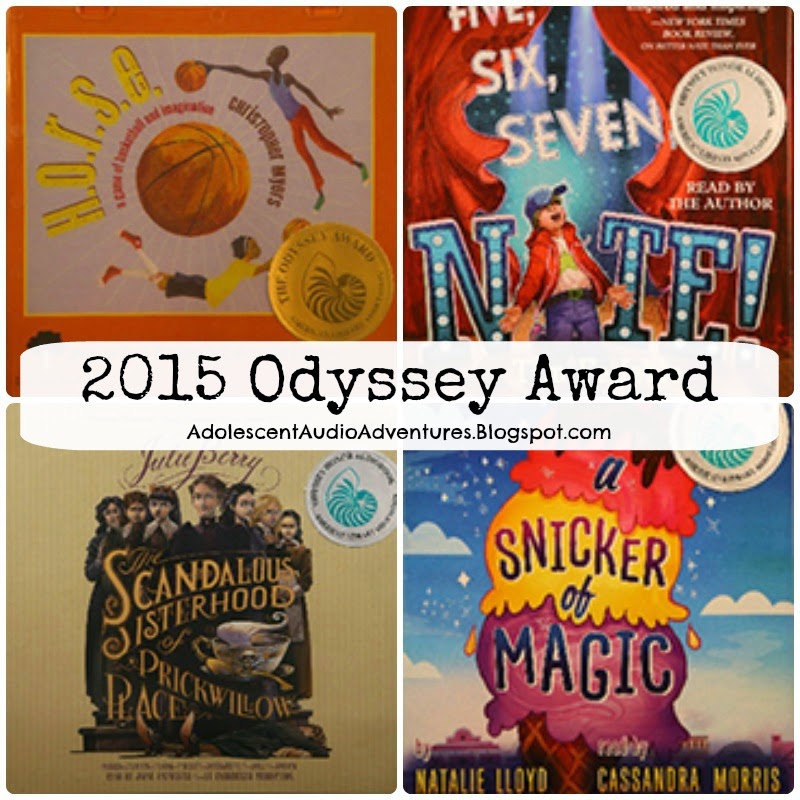 “H. O. R. S. E. A Game of Basketball and Imagination,” produced by Live Oak Media, is the 2015 Odyssey Award winner. The book is written by Christopher Myers and narrated by Dion Graham and Christopher Myers.

“The Scandalous Sisterhood of Prickwillow Place,” produced by Listening Library, an imprint of the Penguin Random House Audio Publishing Group, written by Julie Berry, and narrated by Jayne Entwistle;

“A Snicker of Magic,” produced by Scholastic Audiobooks, written by Natalie Lloyd, and narrated by Cassandra Morris.

As of February 2015, I have only listened to A Snicker of Magic by Natalie Lloyd which I found utterly delightful. I happily shared it with young patrons who were looking for a sweet read (or listen). I'll have to put these other titles on my to-listen list. Have you had a chance to listen to any of the 2015 Odyssey Award books? Let me know your thoughts!
Posted by Miss Pippi on Wednesday, February 04, 2015

Email ThisBlogThis!Share to TwitterShare to FacebookShare to Pinterest
Labels: awards