Today was the day the Audio Publishers Association announced this year's Audie Award Finalists! It's an exciting day for publishers, writers, narrators, and audiobook lovers. The Audies are called the Oscars of audiobooks. This year's hashtag is #Audies2017. The winners will be announced during the Gala in New York on Thursday, June 1, 2017.

Adolescent Audio Adventures primarily focuses on listens for younger readers. Here are the nominations for Young Listeners, Middle Grade, and Young Adult. For a complete listing of the 2017 Audie Award Finalists, check out the AudioFile Magazine press release. 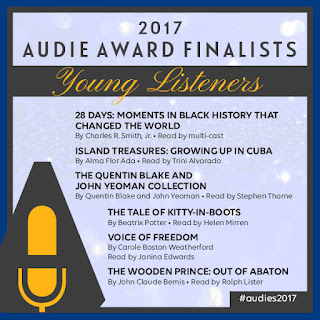 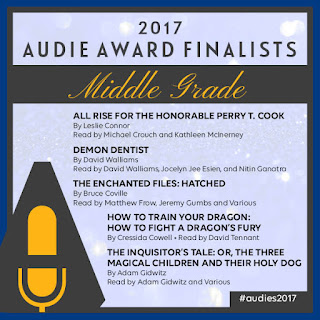 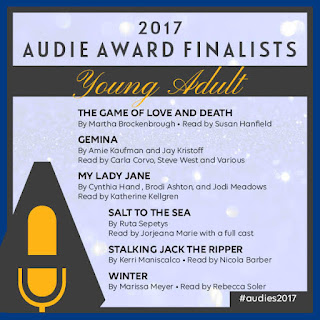 Email ThisBlogThis!Share to TwitterShare to FacebookShare to Pinterest
Labels: Audies